Humanity’s determination to explore planet earth and the perils of its utmost extremes lies at the core of the PHIPPS Autumn Winter 2021-22 collection. For centuries, the transient qualities of ice and snow in the Arctic and Antarctic have inspired awe as the fragile polar caps melt before our eyes. The duality of their natural beauty and extraordinary power lends a sense of volatile decadence to the season.

From Werner Herzog’s 1974 documentary The Great Ecstasy of Woodcarver Steiner to the fabled southern journeys of the Irish explorer Ernest Shackleton, tales of winter sports and struggles inform the layered, tactical uniform of the PHIPPS persona. In a playful takedown of hypermasculinity, clothes for both conquering the ice and skating on it are emblazoned with the marine flora that live around it.

Layering up from underpinnings to all-weather outerwear, the Phipps wardrobe takes a modular turn, as skating and ski gear merge with traditional and formal menswear archetypes in a palette of ice and electric blues, vermillion and raspberry, bubblegum, cinnamon, black and optic white. The shapes of the season are exaggerated, from long and wide shouldered coats, to flared sailor pants and retro ski jumpsuits. The fundamental PHIPPS mission of conscious design continues as a tool for subverting the norms of materiality: ocean plastic EcoNyl replaces new synthetics, and Steiff wool steps in as faux fur. Recycled cashmere knitwear spells out ‘Save The Fucking Whales’ in Fair Isle, and the PHIPPS star monogram returns striped down gabardine workwear, whilst the innovative logic of Rewoolution by REDA results in breathable, biodegradable sports-tech leggings, rugby jerseys, glove-cuffed turtlenecks and scooped singlet ensembles constructed in ethically-produced New Zealand merino wool.

The latest installment of PHIPPS’ educational graphics program emanates an airbrushed glow, with entwined dolphins, seals, and penguins joining slogans ‘On Thin Ice’ and Titanic’s famous diamond ‘The Heart Of The Ocean’ – nods to the season’s partnership with Oceanic Global – an NGO dedicated to saving the world’s oceans through collective action, education, and activism worldwide.

ENDURANCE
A jaw-clenching trailer to a film that never was, ‘Endurance’ is the second highly anticipated production by Phipps Films. Shot on location on Europe’s largest glacier in Skaftafellsjökull, Iceland, the gripping ecological thriller charts a chilling expedition through the ice, to investigate a mysterious series of disturbances caused by an unknown monster amidst the sweeping frozen landscapes of ice caves and stormy seas.
With nods to John Carpenter’s The Thing (1982) and Alex Garland’s Annihilation (2018), Endurance continues PHIPPS satirical exploration of masculine representation in film, following the Spaghetti Western Spirit of Freedom for Spring Summer 2021. 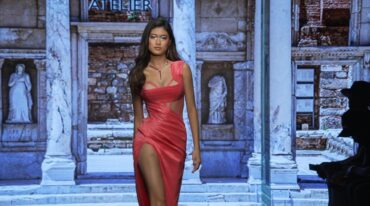 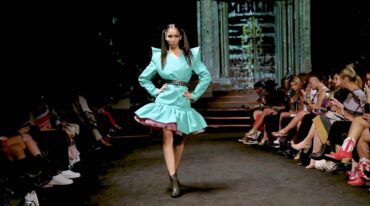 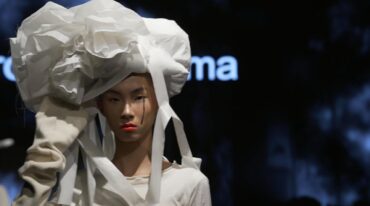