Olivia Rodrigo – enough for you (live)

The AW21 Show explores an interesting idea of artificially generated randomness. And raises the question if objective, perfect randomness exists, or is randomness merely a product of our ignorance?

Life is unpredictable, and random things happen to us all the time. You might say the universe itself is random. Yet somehow, large numbers of random events can generate large-scale patterns that science can predict accurately.

As an example the idea of throwing a dice for a random outcome is incorrect as it is simply our ignorance to the variables in play that will make the outcome appear random.

Exploring quantum computing to generate ultimate randomness is important in the quest for perfect randomness, because randomness brings unpredictability, and all non-quantum attempts to achieve it has the hidden flaw of being generated by algorithmic methods which can, theoretically, be deciphered.

In the AW21 film we experiment with artificial intelligence to generate content based on the input. This is a continuous experiment and something we will explore further in the future.

Previous Pale Waves - You Don't Own Me 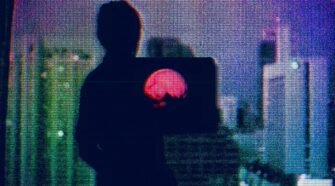