Chepan mountain is a rocky hump 1186 metres high about 47 kilometres northwest of Sofia. Its southern face overlooks the largest wetland in Bulgaria, the Dragoman Marsh. A furlong from the edge of the marsh, a circular gully about 50 metres in diameter was gouged out of the foot of the mountain by heavy machinery at some time in September 2016, according to satellite data. No one has explained who made the excavation or why, but its sandy walls and proximity to the marsh have provided an ideal home for the region’s most colourful coraciiform, the European Bee-Eater (Merops apiaster). Contrary to local folklore, the species is typically monogamous only during a nesting season, and will often find a new mate each year after migration.

Lyrics:
This may be the last time
The last time I put on my shoes
Go down to the corner and buy the damn cat the expensive food
That Turkish Angora’s ‘bout the only thing left of me and you
And early this morning he started making sounds that say
Don’t the last time come too soon

1 down, 8 to go
But it’s no less true
Don’t the last time come too soon

This may be the last time
The last time I get out of bed
Put coffee on and try in your words to show some initiative
We used to lay around just laughing at what these freaks out there
were trying to prove
Well, what’s wasting time if not throwing it away on work
When the last time comes so soon

Mr. Blue died in my arms
Nothin’ they could do
Don’t the last time come too soon 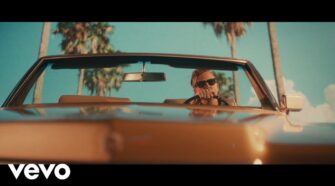